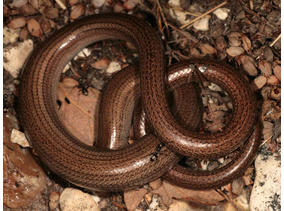 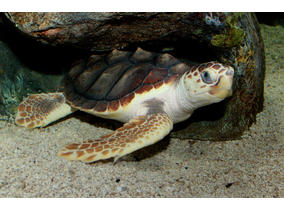 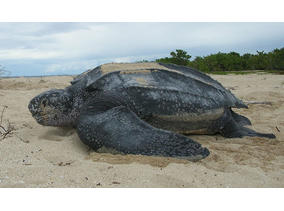 There are three terrestrial species of reptiles in Scotland and so far only the slow-worm (Anguis fragilis) has been recorded in the Outer Hebrides.
Three species of marine turtle have been recorded in Hebridean coastal waters, the leatherback turtle (Dermochelys coriacea), loggerhead turtle (Caretta caretta) and Kemp's Ridley turtle (Lepidochelys kempii). The leatherback, is a migratory visitor which feeds on the rich swarms of jellyfish off the west and north coasts of Scotland during late summer. The other two have only been recorded as accidental vagrants.